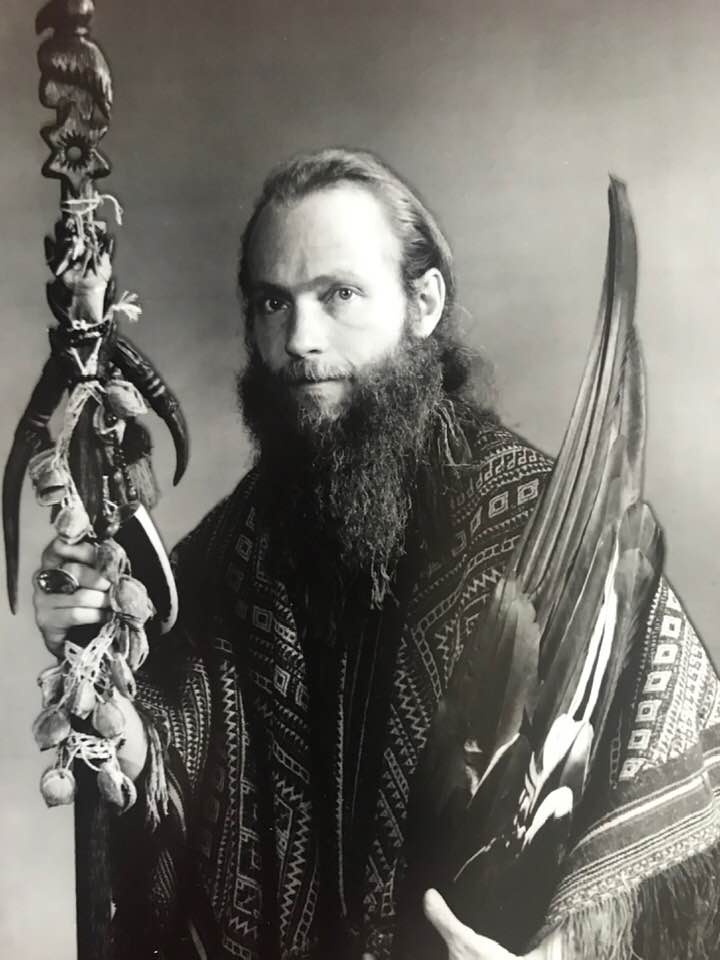 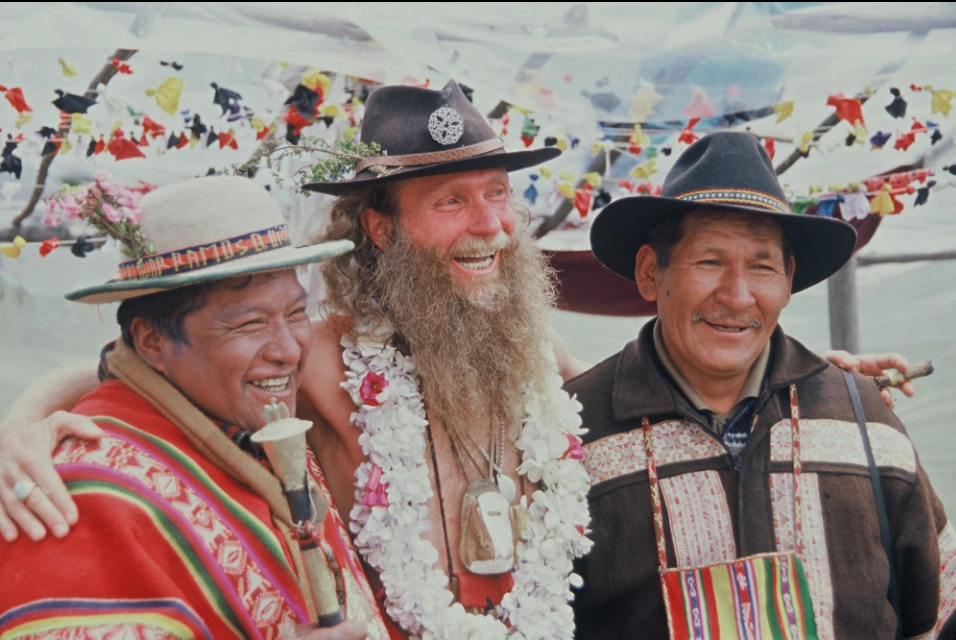 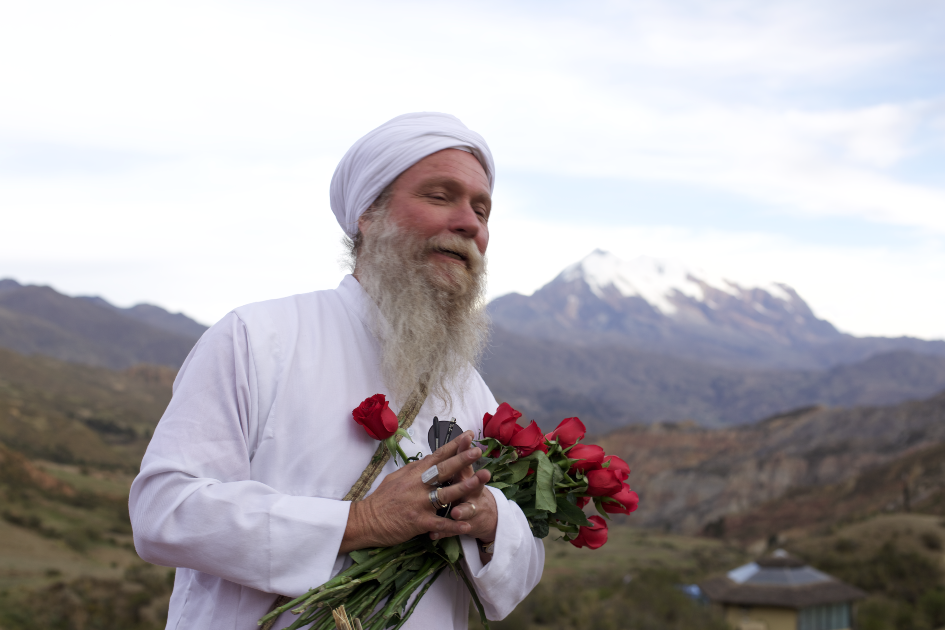 Miguel A. Kavlin was born in la Paz, Bolivia, where he lived until he was 17 years old. Upon finding himself in the United Sates to study university, he started to have unusual experiences which eventually led him to become interested in Native American culture and religion.

In 1983 he travelled the deserts of the Southwest in a pilgramage to the Ancient Anazazi sites, where he spent time vision-questing and meditating; finally, that travel led him to a momentous meeting with Beautiful Painted Arrow (Joseph Rael) at the Southern Uteh Sun Dance. Since then, Miguel has been studying and participating in various ceremonies with Beautiful Painted Arrow, leading him to eventually inherit the title of Chief for both the Sun-Moon Dance and the Long Dance with sacred Cactus of the Andes.

After taking-up residence in New York City, where he completed his graduate studies in Anthropology and Philosophy, Miguel set up a non-profit agency that works with NYC’s public school students in multicultural, violence-prevention, adolescent rites of passage, and various other educational programs.

While in New York Miguel met Sifu Kenny Gong, an internal martial arts teacher and traditional Chinese doctor. Sifu Gong trained Miguel in the arts of Shing-Yi Chuan and Pa-Kua. This training has provided Miguel with a very serious grounding to all his spiritual practices.

In 1987 Miguel met Don Agustin Rivas Vazques and undertook an apprenticeship with him that led him to live with Don Agustin at his jungle camp. Now Miguel is the only foreigner authorized by Don Agustin to conduct his ceremonies outside the Peruvian Amazon. Since 1989 Miguel has been taking people from the US, Canada, Europe and Australia to Don Agustin’s camp, as well as travelling to those places to give talks and workshops as well as facilitate various ceremonies. In August 1996 Miguel completed the first volume of a three-part Video-Documentary series on Peruvian Amazon Shamanism, entitled Spirits of the Rainforest featuring interviews with Don Agustin Rivas Vazques and the Paintings of Don Pablo Amaringo.

Miguel’s prayer for this lifetime is that he may be fully dedicated, in all ways, to helping people re-connect with Source and foster peace in themselves, the world and the cosmos.

To this end, in December 1996 Miguel and members of the Sacha Runa collective initiated the Sacha Runa Peace Chamber in the foothills of the Bolivian Andes, a ceremonial space dedicated to planting the seeds of Peace in the hearts of all who come to it with good intentions and an open heart.

Finally, Miguel has collaborated with the Sacha Runa collective to build two major spiritual retreat centers, where people from all over the Earth come to heal, evolve and learn together. These centers, the the Allkamari Center near La Paz and the Wizard Mountain center, deep in the Bolivian jungle, help facilitate the manifestation of Miguel’s deepest prayer, to truly be of service to the collective in the most profound ways possible.

These eco-intelligent, sacred centers are a nexus of spiritual programs and training, supporting the sustainable growth of Bolivia Mistica, a cultural eco-tourism company. Bolivia Mistica is a co-creation with the Native people of that region, to help bring abundance into the relative poverty of these local villages and build healthy relationships between diverse cultures, rooted in a spiritual connection with the land.