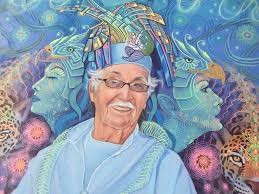 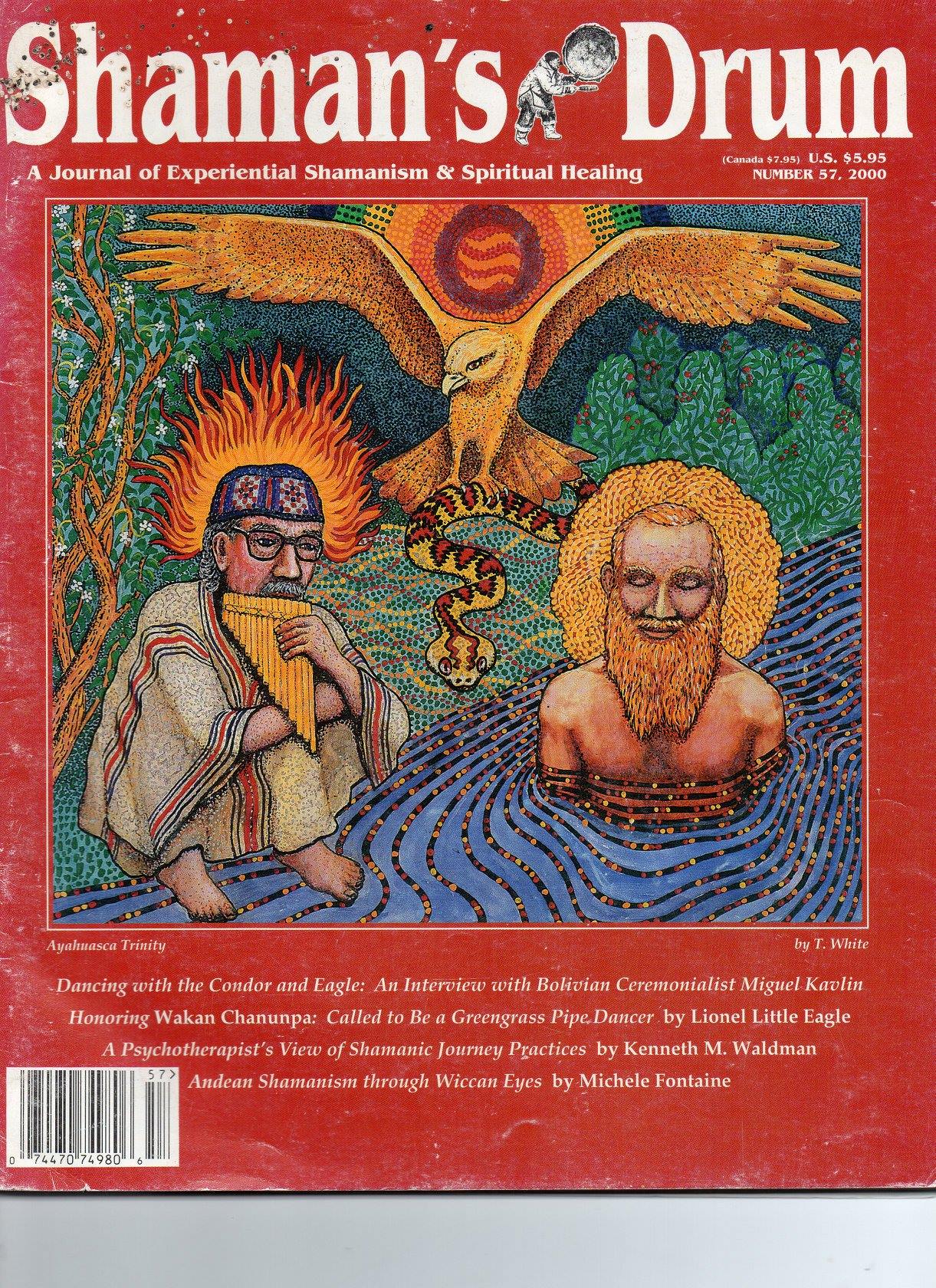 Don Agustin Rivas Vasquez was born in the village of Tamshiyacu, on the shores of the amazon river. Growing up there he was exposed, as are most people in the small villages that dot the amazon-river basin, to the amazing practices of famed shamans, some good, others dangerous. As a child, he saw a famed “Banco”, or supreme shaman, the “spirits’ stool”, bring his mother back from the brink of death because of a magical dart some bewitching shaman had sent her. He saw the “Banco” extract the dart by sucking it out, long-distance, all the way from the mosquitoe-net where he was sitting while embodying shamanic spirits.

Don Agustin’s life was to take a long detour when he was sent-out at age 13 to the Town of Iquitos to attend Seminary school, where he helped the priest as an altar boy. However, rebellious and precocious as he was, he escaped and went on a long journey that would lead him to Lima, back to Iquitos, to Pucallpa and eventually to his native land, back to the village of Tamshiyacu where he now lives. Don Agustin learned many traits in his journeys, but among them stands-out his becoming a master wood-worker, making fine furniture in Lima.

After he settled in Pucallpa, where he raised his family, that skill with handling wood took on another shape when, after beginning his shamanic apprenticeship there with famous ayahuasqueros, he saw in a vision countless wood sculptures parading by, and the voice of his dead grandmother telling him he had to sculpt them. And so his art developed simultaneously as his shamanic apprenticeship. Don Agustin set-out to sculpt the many forms he had seen in his visions, creating amazingly haunting sculptures that reflect the phantasmagoria of Amazonian shamanism and some of the many fantastic creatures that populate it.

Don Agustin would go out into the forest marshes looking for Remo-Caspi trees, which have very contorted root systems, to find roots with forms suitable for his visions, and would manifest his visions around the natural forms of the roots. Often-times, while working on his sculptures, Don Agustin would also be undergoing a special diet for learning the shamanic use of certain plants, remaining in isolation, and eating only white rice, green plantains, and one kind of pure fish for one, two or three months at a time. When it came time to show his work, his teacher, Don Ramon, blew a special “Icaro” (Magical whistle-tune) into a perfume, which he gave Don Agustin to place on his sculptures so they would sell well.

In fact, Don Agustin became a very famous sculptor, of national and international renown, having been invited by the Austrian government to do an exhibition of his work there. Simultaneously, Don Agustin had begun to heal people, and his teacher, Don Ramon, and his wife -also a shaman, both had a dream whereby they empowered Don Agustin to begin curing. His curing practice started with children, but soon -and through many more diet/retreats in isolation in the forest- he started to cure adults as well. A great moment in his life was when he had to cure his own teacher Don Ramon, from a sorcery he had received from his own son. Also, he cured Don Eulogio Brito, a Shipibo shaman with whom he would occasionally study as well.

He knew then that he was ready…he had learned many Icaros and Mariris from the spirits of many plants and ancient shamans, and had acquired the “Yachay”, or magical phlegm that Amazonian shamans use for extracting harm from people, and as spirit-helpers for his curing. However, what made his shamanic practice come to the forefront, over his artistic success, was a terrible accident while high on a tree where he was cutting a branch to sculpt. The branch snapped throwing him up in the air. To prevent a fatal fall, he grabbed onto the trunk of a Palm tree, which had poisonous spines that tore all his nerve filaments out from both his arms. After a painful surgery in Austria, sponsored by the same people who had supported his art, Don Agustin recuperated partial use of all his fingers, but without any sensibility in them.

Unable to continue his art-work full-time, Don Agustin dedicated himself fully to curing people. He started to treat young drug-addicts at a jungle encampment he had many kilometers outside Pucallpa, with great results. Also, foreign people were also coming to see him for help. Eventually many people from abroad became interested in his work and took him to North America and Europe, to conduct workshops in Peruvian Amazon Shamanism. More groups from those countries started coming to his jungle camp as well. He was forced-out of his jungle camp by coca growers however, and so Don Agustin decided to go back to his birth place, the village of Tamshiyacu, and build a jungle encampment in the vecinity.

He called this camp “Yushin Taita”, and thanks to his great ability as a builder and incredible stamina for hard and never-ending work, he has turned it into a paradise where both local and foreign people come for help and healing. Many people from all over the world visit him there, and truly a University of Ayahuasca and a Healing clinic has been established, where people come for healing, vision, transformation and empowerment. Later followed another camp, further into the jungle, where he goes with people to conduct special retreats. it is called Otorongo, or Jaguar, and features an amazing five-story conical building Don Agustin saw in a Dream; it serves both as a temple for curing ceremonies, and as dormitory.

Don Agustin’s artistic sensibility found in shamanism another manifestation, as he is an exquisite musician (something he cultivated all his life as a past-time) who can truly enact healing through the power of sound, not only with the traditional whistled-tunes (Icaros) and magical songs (Maririrs), but also with non-traditional instruments like Maracas (Rattles), drums, and even a Harmonica. He even created an instrument he was taught about in a vision, “El Arco del Duende”, or the Fairy’s Bow, which makes the sweetest most haunting music, and takes people on journeys to incredible magical realms.

Through his music and healing powers, Don Agustin is a master alchemist, who knows how to massage the emotional, physical, mental and spiritual bodies, and bring well-being to people’s lives. He embodies, in my opinion, what shamanism is all about; namely, the personal engagement with the manifold forces surrounding us, and the capacity to turn them into beneficent and beautiful energy patterns to bring health, love, happiness and prosperity into people’s lives. Don Agustin not only engages the natural and supernatural forces surrounding us, but also the very concrete (though maybe not so real) forces of modernization impinging evermore on cultures and traditions in remote areas of the world. He embraces and welcomes change, and -as in child’s play- can turn consumer objects into magical healing tools, and pollutants such as stress into fertilizer for the earth (he makes people vomit-out their stress).